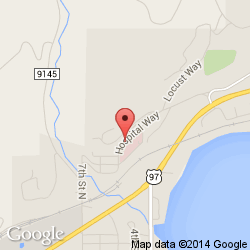 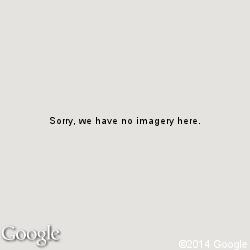 A previous 12-bed hospital, called Community Hospital, opened on 01/12/1949. Community Hospital was renamed in 1951 for Charles McKinley, an early physician in the region. While this tiny facility initially suited the three cities served--Bridgeport, Brewster and Pateros--by the mid-1950s, demand began to expand, particularly after the construction of the Chief Joseph Dam in Bridgeport. A new 37-bed McKinley Memorial Hospital of the Okanogan-Douglas Hospital District #1 opened for public inspection on 05/23/1959. Seattle architectural firm Grant, Copeland and Chervenak designed the new facility; H. Halvorson, Incorporated, of Spokane, WA, worked with Grant, Copeland and Chervenak as the hospital's general contractor. The County Board of Commissioners decided that a name change would be appropriate in 2011; a naming contest came up with "Three Rivers Hospital."

According to the Quad City Herald: "The shape of the building is one of a cross, not only depicting mercy as well as saving the people of the district several hundred thousand dollars over another two-story design." This article listed the towns to contributing to and using the new facility: "Towns served in the district are Mansfield, Bridgeport, Brewster, Pateros, Methow, Carlton, Twisp, Winthrop and Mazama. "The new building was built for the newly formed two-county district at a cost of $490,000 after a bond issue was voted by the people of the district 18 months ago." (See "Commemorating the Completion of Okanagon-Douglas Hospital District No. 1's New 37-Bed Hospital," Quad City Herald, 05/21/1959, Special Section, p. 1.)