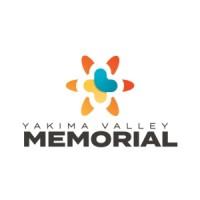 The Yakima Valley Memorial (YVM) RN Residency Program is a 10-week paid mentorship program designed to help the new RN, or new to specialty RN, make a smooth transition from student to nursing professional. Uniquely, our RN Residents can explore their license throughout the hospital. Each week Residents collaborate with the program managers to determine their schedule, which can include nearly every department/unit in the hospital. No matter which departments our RN Residents choose to experience, they enjoy dedicated preceptors and a weekly class with instruction in sepsis, labs, and much more. Residents are scheduled to 40 hours each week for 10 weeks. Residents are paid, temporary employees who we hope will apply to permanent positions when they identify their preferred department/unit.

If you have questions about Memorial's Residency Program, please feel free to call the assigned recruiter, Sydne Morman, at 509.574.5992

Core purpose reflects the heart of an organization over several decades. Though it is never completely fulfilled, it is something that continually guides us.

Vision: Creating healthy communities one person at a time

Vision is an inspiring, realistic picture of what we want to look like over the next 10 years or so.

Mission: Achieving health with you in new ways

Mission is what we do.

Values describe the shared beliefs of our organization—those things that really matter to us—and help us achieve our vision.

The words, "Yakima Valley Memorial Hospital, wherein is enshrined the living heart and spirit of a charitable and generous people," are as true today as they were in 1950.

It was in 1943 that Yakima accountant Edwin B. Mueller's daughter, Carol, was diagnosed with "high polio," a potentially fatal strain of the disease. She was sent to the local children's ward (collection of beds) at St. Elizabeth's Hospital, Yakima's only inpatient medical facility.

Sensing somehow that Carol would not survive the polio attack, Ed and his wife, Phyllis, were determined to remain by the 9-year-old's bedside. Overcrowding made their desire impossible, and the Mueller's daughter drew her last breath with her parents in a waiting room just outside the crowded ward.

Shortly after Carol's death, Ed made a solemn vow, "I never wanted another parent to be denied being with their loved ones during severe crises, only because of hospital space."

In 1944, Ed Mueller met his friends, attorney George Martin and funeral director Donald Keith, over a cup of coffee to discuss his plans for a new hospital. They took their idea to James Bronson, director of Boise Cascade, and orchardist Ernest Kershaw. Through the determination of these five men, 16 community leaders banded together to explore the possibility of building a new hospital in Yakima. In May 1944, the Articles of Incorporation as a non-profit, charitable organization were filed, and Yakima Valley Memorial Hospital was formed.

Before a formal fundraising campaign was launched, trustees wanted to see if the public would support the project. A weekend was chosen to take the idea to the community and "test" public opinion. During the first few hours of the pledge drive, $180,000 was collected!

Truly the people of Yakima wanted YVM to be built. Fundraising began in earnest. A site in the middle of the "lower orchards," just outside Yakima's limits (on what is now Tieton Drive), was selected. A Chicago architect specializing in hospitals was chosen, and building plans were approved in 1946.

On July 7, 1947, The Honorable William O. Douglas, Justice of the United States Supreme Court, formally dedicated the hospital site. Construction by William Yeaman & Co. began on May 24, 1948. At the formal groundbreaking ceremony, members of the board of trustees each turned a shovel of dirt using a "golden" spade. Just a year later, the cornerstone of the new hospital was laid, engraved with a message for all to ponder: "Yakima Valley Memorial Hospital, wherein is enshrined the living heart and spirit of a charitable and generous people."

By June 3, 1950, the building was complete and ready to receive visitors. Almost 15,000 people toured the hospital during open house festivities. On June 20, Yakima Valley Memorial Hospital opened its doors to patients with 146 beds and 155 employees supported by over 200 auxiliary members who worked as unit clerks, dietary aides, office help and wherever else they were needed—including furnishing homemade sandwiches, cookies and coffee for the hospital's first cafeteria.