Best Cities to Live in for Nursing: The North East 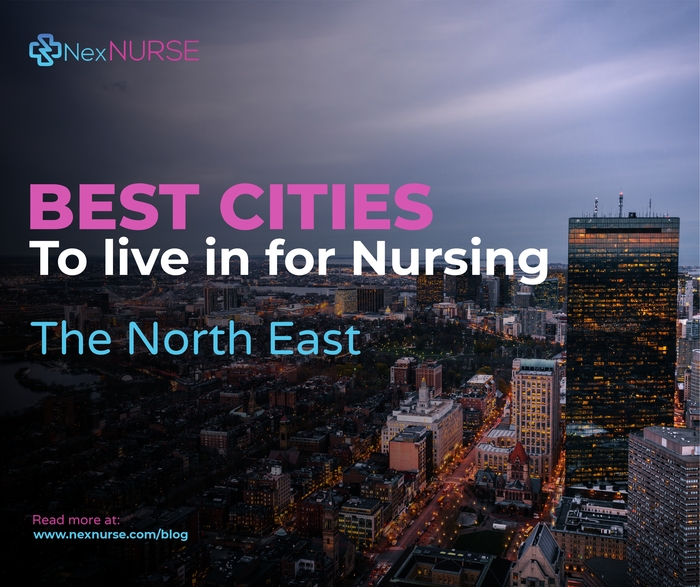 Nurses are needed nationwide. But some cities are better to live in than others when it comes to working as a nurse for various reasons. Here is a look at five cities in the northeast to live in as a nurse.

Boston is one of the top cities for nurses to live in thanks to all the well-known hospitals located there. The hourly salary for a nurse ranges from $28 to $56 on average. Boston is also home to many sites including the infamous Boston Harbor and the Boston Aquarium. The city is known for its seafood and nearby Martha’s Vineyard.

Binghamton is a smaller city in upstate New York. It has a growing health care industry. Nearby Johnson City, NY just finished a $132 million expansion of its hospital and is actively seeking to attract nurses in the area to work there. Outside of work, Binghamton is centrally located. New York City is a three-hour drive away and the Adirondack Mountains are two hours away. With a lower cost of living compared to New York City, it’s an attractive option for nurses.

Like Boston, Hartford is home to multiple hospitals including Connecticut Children’s Hospital and Hartford Hospital. It has a lively food scene, is home to educational institutions like Yale University, and is a beautiful place to live.

Portland, Maine is a city in need of nurses. It is ideal for nurses because of the large elderly population in the state more broadly. In recent years, hospitals in Portland have used creative tactics to try to attract nurses to work there. It has a rich cultural history, a low cost of living, and relatively low unemployment. Portland is also a part of the state of Maine, which is affectionally known as vacationland. It has beautiful sights and outdoor living is big here.

Located on Cape Cod Barnstable has 25 hospitals within 60 miles which means plenty of job opportunities. It’s also home to multiple beaches which makes it a prime location in the summer and it’s easy to access other cities in Massachusetts from Barnstable.

Cities in the North East are full of opportunities for nurses. If you’re looking to move to one of these cities to work as a nurse, visit NexNurse. NexNurse connects employers looking to hire nurses searching for work. Create your profile today.