Top 10 Best Cities to Live in for Health Care Jobs 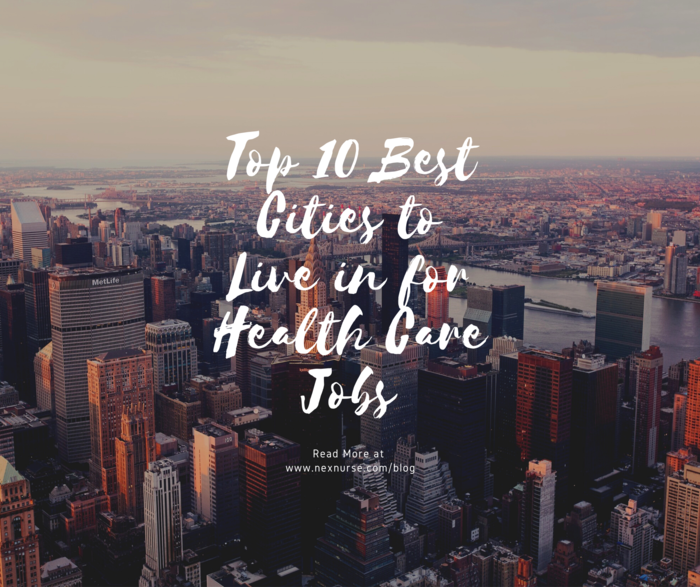 Health Care is one of the best industries for job growth. A recent study conducted by Grand Canyon University analyzed the best places to live for people who want to work in health care. Keep reading to learn about why these ten cities should be considered in your health care job search.

Pittsburgh is one of the few cities that continued to see growth despite the impact COVID-19 has had on other industries. Major employers in the industry include UPMC Pittsburgh and Highmark Health. The city has a lower cost of housing compared to other parts of the country and has a median wage of $69,450.

Cleveland is home to the famed Cleveland Clinic, which was also voted a great place to work in 2019. It ranks in the top 30 for job satisfaction and has a median wage for health care of $84,470. Given that the average home value in Cleveland, Ohio is just under $160,000, it’s easy to understand why it is a top city for health care jobs.

Providence, Rhode Island is a leader of non-profit health as the home of Providence Community Health Centers. The median wage in Providence is $93,050 and the city has a reputation for leading in digital health care innovation.

Indianapolis is an ideal place for health care jobs. Residents in Indiana spend more money on care compared to other states. 72 out of 1,000 jobs are in health care. Combined with an average median wage of $83,480, there’s opportunity in Indianapolis.

The top health care employers for Milwaukee include the Aurora Medical Group, part of the non-profit Aurora Health System, and Children’s Hospital of Wisconsin. Since the average rent cost is significantly lower than the median wage of $86, 550, Milwaukee is a good place to work with a lower cost of living.

72 of every 1,000 jobs in Philadelphia are in healthcare. The average median wage is also higher at $87,100 compared to Pittsburgh. Like its nearby city, Philadelphia was also impacted by pandemic job loss but healthcare is poised to experience growth for years to come.

Erie County Medical Center is an employer to search for one of nearly 67 jobs the city has for health care. It features a median wage of $80,860 and a cost of just under $700 for a one-bedroom apartment or studio.

This southern city is a leader in health care jobs thanks in part to large employers like University of Alabama Birmingham Medical Center and Children’s of Alabama. Nearly 80 of every 1,000 jobs are for health care and the median wage is $69,040.

Hartford HealthCare calls this city home and employees gave it a strong satisfaction rating. Considering it has a median wage of $94,030 and Connecticut is among the top states to be in for health care, it makes the list.

Tied for the 10th spot, Jacksonville makes the list for its healthcare system, pharmaceutical industry, and medical device industry. Every 66 of 1000 jobs are for health care and the median wage is $81,250.

Cincinnati has employers like University Hospital Cincinnati and Tricare Health System in it for job opportunities. $78,540 is the average median wage and over 63 of 1000 jobs are slotted for health care.

Connect with your next employer in one of these top health care job cities on NexNurse. NexNurse makes it easy for employers to see your profile and to submit credentials for faster on-boarding. Create your profile today!